There is a first time for everything.
I was asked to tell something about whisky on March 27, 2014, which would be my deflowering of talking to a group of people. I had never done a presentation of any kind before (I know, right... but I am only 40, so still young enough to learn...), and with some proper preparations, a powerpoint presentation cooked up (by Whisky Speller's better half) we arrived at the first venue, with some time left to decorate the room and prepare. Yes, the first - because in all my excitement I had agreed on doing two presentations in a row, in two different locations.

As those thing go, my laptop did not fit on the cable that was attached to the beamer, so we had to improvise with a USB stick borrowed from the bar owner and an old laptop that was still running on steam, we managed to get the slides onto the big screen. First points scored on exercising my profession as video technician.

Next, we decorated a table with tubes and bottles of whiskies we were about to serve, and some extras, like two jars filled with peated and un-peated barley, a bottle of E150, to have everyone decide for themselves if it is odourless, and a trio of new make spirit, one year old spirit and three year old whisky, to see what colour comes from the cask alone. A red tartan cloth finished the table - point for decoration: in the pocket.

Tables were put together for about 35 people who came to dine before listening to what I had to tell them, and the choice was easily made to already position the glasses and the samples we brought with us at the tables' centre. Glasses were a last minute decision, and although there were enough and they did their job, next time we should invest in some standard (small) Glencairns and spread those around. Points deducted for that, big score however for spending a little bit of time beforehand on filling the little 2cl bottles we had purchased.

Although we had brought only 2 samples to taste (it was meant to be a presentation, not a nosing and tasting), we didn't want the hassle of breaking the presentation apart because we had to serve the next dram. I can recommend everyone doing tasting to invest a little bit of time on doing this - you can put the price of the wee bottles in the price of your whiskies, and at the same time spare some time and concentration on the evening itself.

So, after dinner, it was my turn - next 45 minutes were mine, and mine alone. Sweaty paws, glass of water, cheat sheets prepared, a small introduction about who we are and why we have this passion for whisky, I started talking about whisky; a small part of the history, a big chunk of how it is created, having little breaks to have everybody taste the whiskies I brought. The people's reactions were good, they came back with some good questions and I actually was, as they say, on a roll, and the rolling lasted a good one and a half hours... 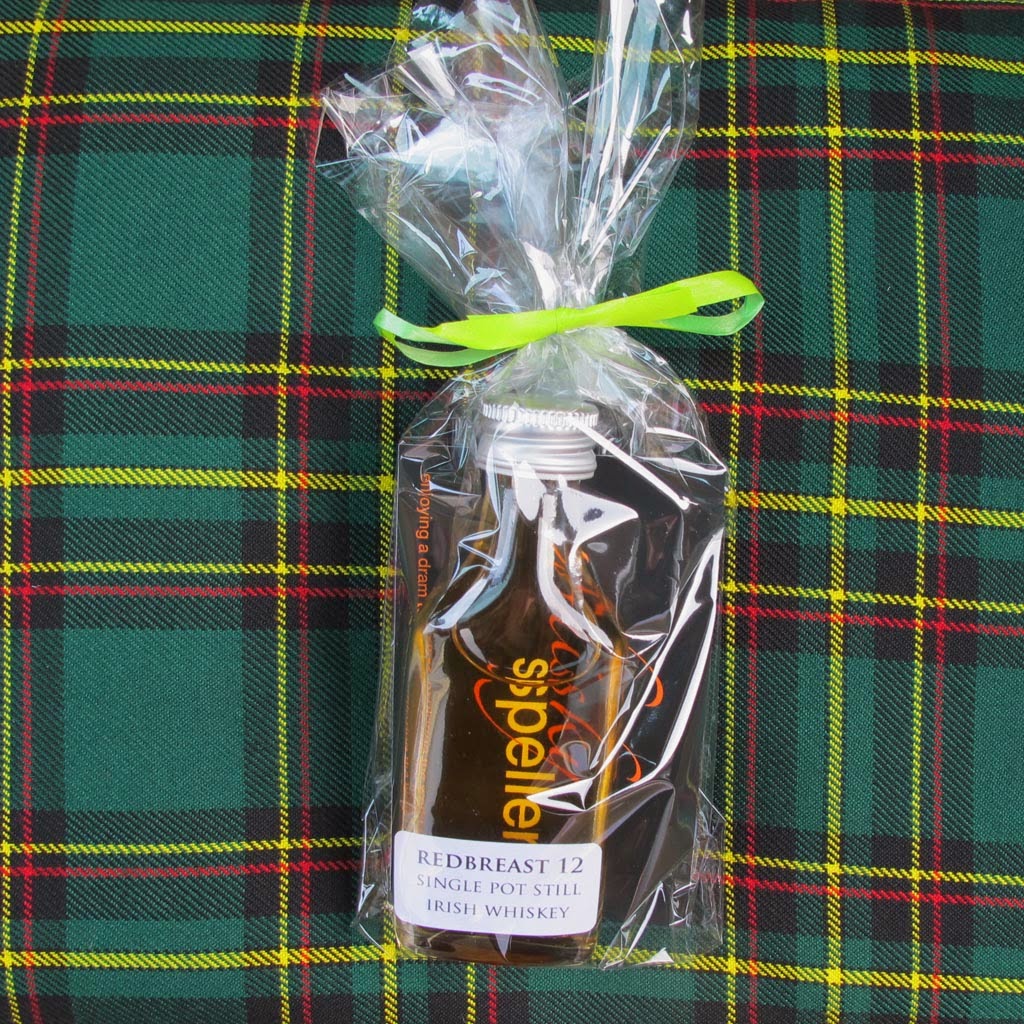 Everybody was still all-ears and still had time and interest to ask some last questions, before the evening was closed with a generous applause, a statuette and a firm handshake from several of the 25 people present. Time to get going though, because we agreed on the second presentation at the same evening.

A quick goodbye and an even quicker wrapping of the table, we rushed into our car an drove to the next venue; an evening in "Celtic" style, organised by a group of artists that want to share their knowledge and interest with people from their community; as artist creating glass art, a poet, a painter, a band playing Celtic music and, well... me.

With only 20 minutes, I decided I had prepared too much (am I a quick learner or what?) and with the absence of a beamer, I only had my  charm passion and a microphone to work with. A group of 80 people were listening with interest, and because of the small bottles we were able to get an Irish dram to everyone in the room (except me, but that's OK, because I had to drive home again - but you have to know how dry ones' mouth gets after talking this much in one evening). All ears again, when the group got louder they were shushed by others in no time, so I could to my thing - which at this moment seemed to be propagating my love for the noble drink we all got to know as whisky.

Everything together I think the evening was a great success. I got to share why we fell in love with whisky with over 100 people, have some of them (quite a lot, really) listening as if they actually looked to be interested and understood what I was telling them. If we have managed to get one of these people to go to the local liquor store today and buy a bottle of what we presented, I am happy as a child in a candy store I could be in a liquor store with unlimited budget.

I would really be happy to do this again some day, maybe throw in some more tasting and less babble and limit myself to one per evening. The respect I already had for the people doing these kind of presentations, masterclasses, nosing and tastings has grown by a big chunk - there is no way in hell I would be able to, or could muster the the courage or will to do this for a living.

"Because you have interest and passion, you will know more than your audience"