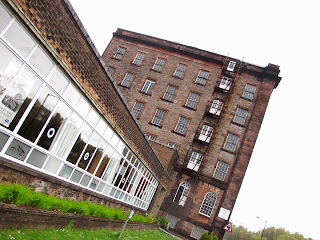 After an easy boat ride, we landed in Newcastle at the predicted time of 9 in the morning, local time. Due to Ansgar’s perseverance of never being late for any appointment (read: we arrived three hours early in Ijmuiden), we had been amongst the first on board and were positioned with the bikers.

First on board seemed to be first off as well, so at 9:30, we were through customs and had ordered our GPS to bring us to our first stop in Scotland: Deanston distillery.

Arriving perfectly on schedule, we could join the 2 o’clock tour, which turned out to have some surprises up its sleeve. The mashtun in the place can only be called huge.
It is one of the largest we have ever seen, and I think it is safe to say it is the largest cast-iron open top mashtun in Scotland. All electricity the distillery needs comes from their own series of generators, powered by the water source outside the distillery. In the past a huge waterwheel drove this power source, but in the 1960’s they changed that to their current series of generators. Only 25% of the generated power gets used for the distillery, the remaining 75% gets fed back into the power grid. Incidentally, the same water is used in making the whisky. 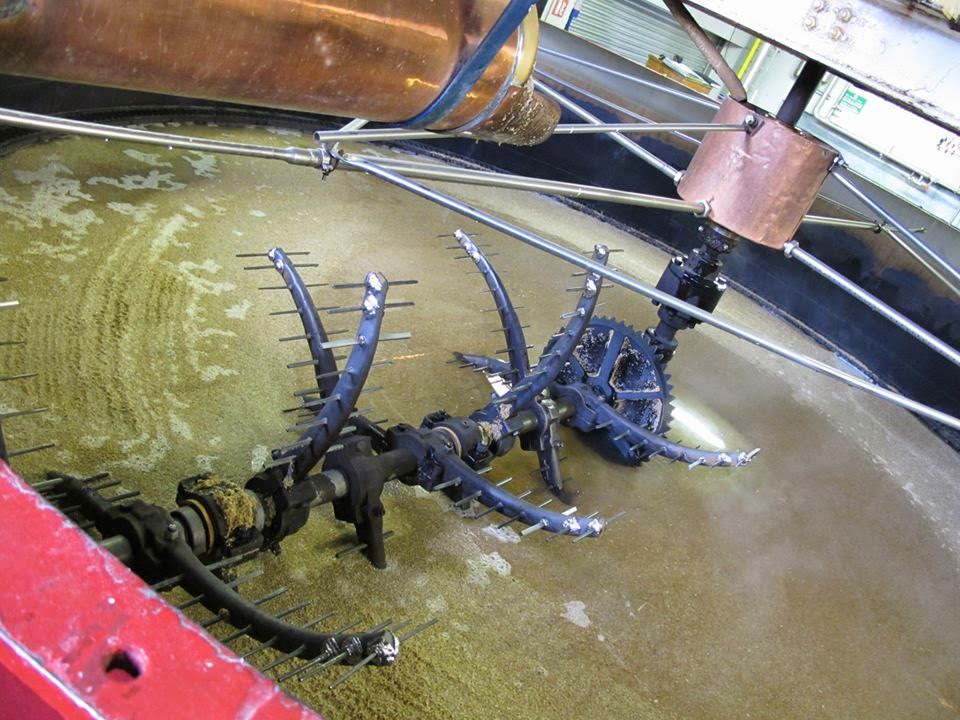 The atmosphere in the place is very relaxed, they have a nice bar and restaurant where many good drams are to be had. The shop is well stocked with the usual gadgets and they hold a bottle your own straight from the cask. Whisky Speller recommended.

After our car was stocked with some of the store’s niceties, we drove to our destination for the day, the town of Crieff, where we had booked our Bed & Breakfast. Our next stopping point would however not be the B&B, but we visited the Glenturret distillery, home of the Famous Grouse. With the largest blend of Scotland in mind, we were surprised about the size of the distillery. Is best describes as tiny, although it is far from being the smallest distillery we have seen. They operate only a handful of batches per week that results in about 1200 litres per batch. 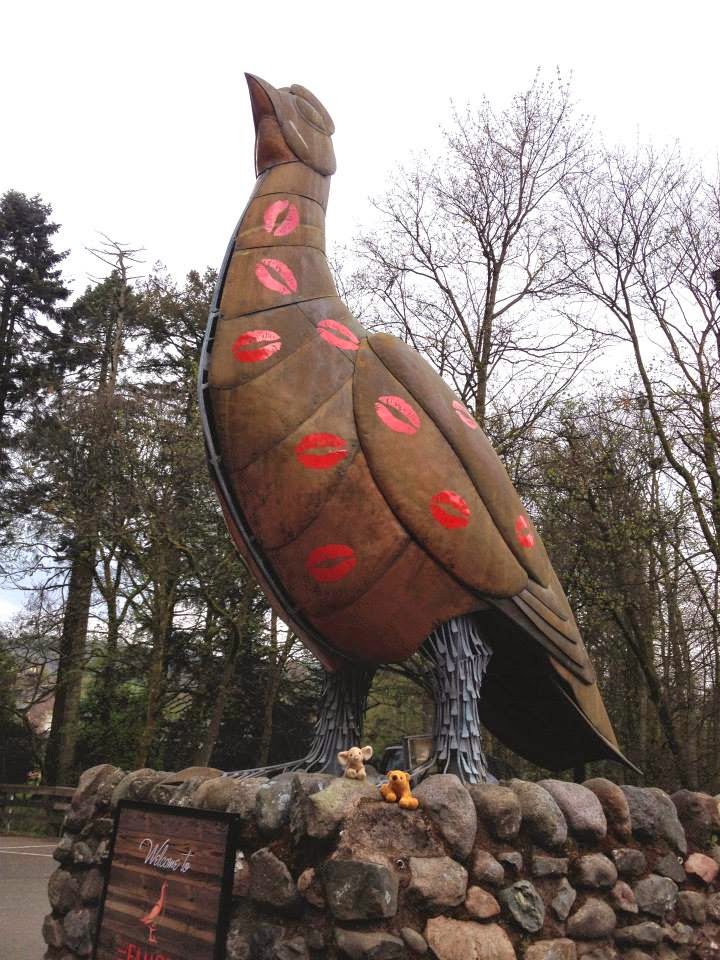 When you will find yourself driving around on the beautiful “Perthshire Tourist Route”, the must-do distillery is hard to miss and will most likely be enjoyed by those not really interested in whisky.

After these two “Welcome back to Scotland” tours, we checked in at our B&B and went for dinner in one of the many local restaurants. We were recommended a small Nepalese restaurant, and since we had never eaten Nepalese food before we were intrigued by the possibility and went for a bite at “the Gurkhas”. Nepalese and Indian food appears to be very closely related, and we were not disappointed with what the host recommended to us.

Going back about two weeks in time before the start of the trip. We had then decided to go one day earlier, and we had checked availability with the boat and the B&B in Crieff. Would the boat ride be rough and arrival in Newcastle late, we could use this extra time to adapt our schedule and move some distilleries around. Having a relaxed boat ride however, the planning of our first day had not changed and our second day turned out to be an “extra” day.

Having looked at the map of Scotland, distilleries, we decided we would head west a little and visit the distillery of Glengoyne and try our luck a third time on finding Auchentoshan. 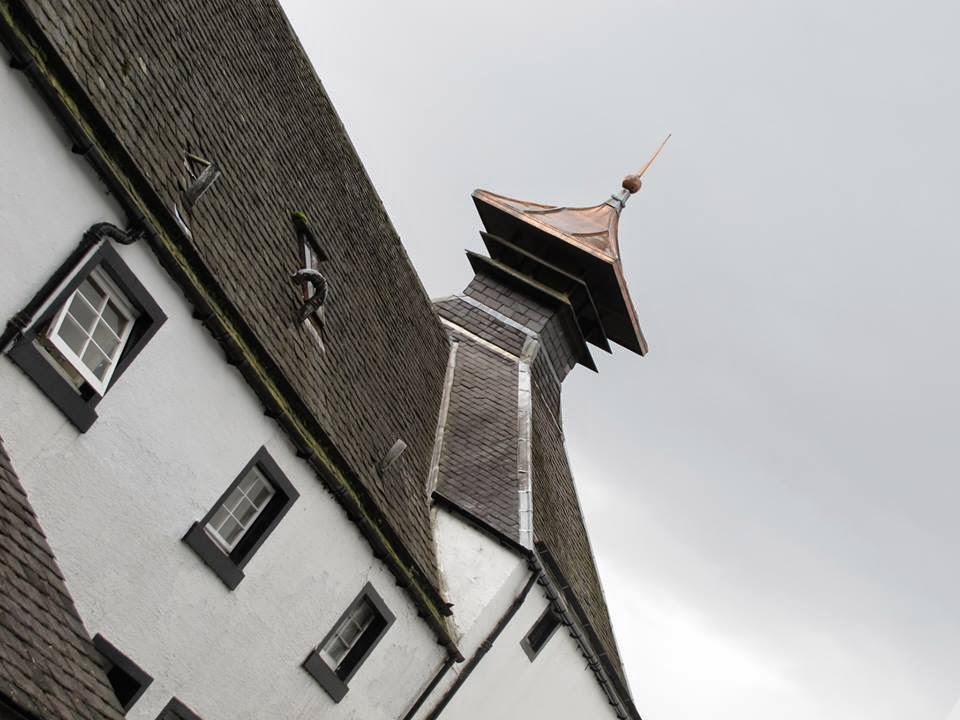 The distillery of GlenGoyne is easy to find and located on the border of the (whisky) Highlands and Lowlands in a beautiful area shy north of Glasgow. Their spirit is distilled in the Highlands while their maturation takes place in the Lowlands, opposite the road. Arriving 15 minutes late for the start of the tour, the people of the distillery were friendly enough to have the group wait for a couple of seconds so we could join them after the initial dram and a video of the distillery. The main motto of the distillery is "take it easy", and everybody we spoke was friendly and did their best to make us feel welcome. Well worth stopping for a tour and a dram if ever you find yourself driving the A81, south towards Glasgow. 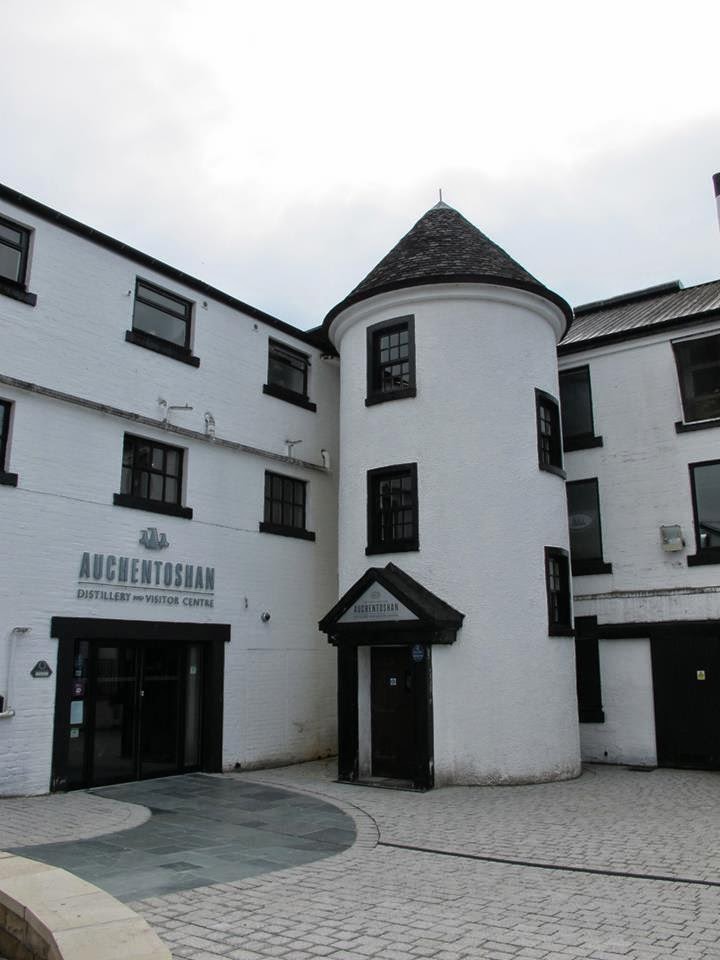 Auchentoshan has done their best to build their distillery on the skirts of Glasgow and still be impossible to find for the excise men. 200-odd years ago that would have been a great feature for an illicit distillery, but A.D. 2014 we expect an up to date GPS to find a location (which has been entered into the system correctly) and not end up at the back of the distillery in a rural area with no option whatsoever to get to the distillery. Only after turning off the machine and using Ansgar’s sense of direction, we finally found the big sign (take a note that the word “sign” is used singularly and not plural), hit our brakes with full force, hope not to get hit by the fully loaded lorry going at full speed behind us and turn into the driveway of the distillery (take another note: the exit from the motorway is about one car length in total). Needless to say, our quota of bad words was completely used for the remainder of the week, where the poor GPS was only saved from exiting the window because we still needed it for the remainder of the trip – albeit with somewhat less faith. 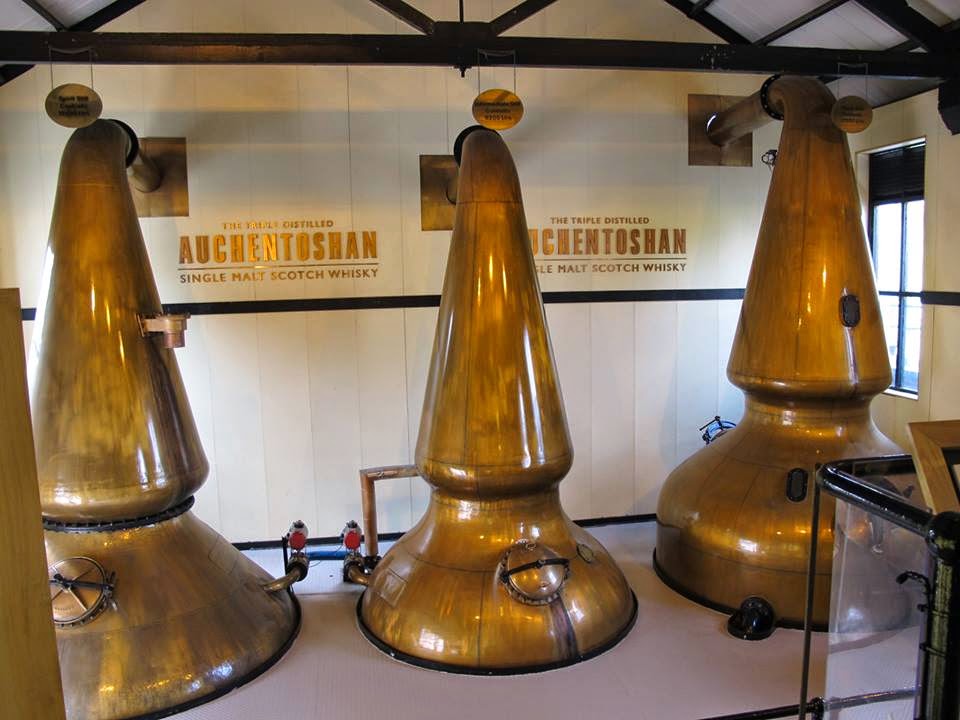 That said: we made it. And again, we were feeling very welcome. Maybe it was the weather (we were there on the one day of the Scottish summer; April 28th), but everybody was friendly – from the man receiving us at the front of the lane, pointing us to the right direction (although the terrain of the distillery is very well signposted), to the tour-guide and people we met in the distillery itself. Nothing extraordinary was strange to them and there was nothing we could not ask, do or go (although turning levers and pushing buttons was frowned upon). In all areas we were permitted to take photographs (except the bonded warehouse), and as icing on the cake they did not have one, but two fill your own bottle options. Lovely stuff at Auchentoshan, something we should look at more often, their whiskies are easy to find, unlike... (well, let's stop ranting about that).

Back to the B&B in Crieff, where we had dinner booked at “Yann’s”, a French cuisine restaurant where we have enjoyed a really nice dinner. We now wished we had booked longer in Crieff, so we could try some of the rest of the menu. When you are in the neighbourhood, you should really try the place.

Next: we head up to Speyside, meet our internet friends Johanne and Graham where we will spend the next two weeks or so, have a great time with some more distilleries (with some - not so great), get to explore the area and have another fit with our GPS (and change the settings properly this time), drink a dram or two and feel just great.