Whisky in the Jarr - part two: XXL tasting with the Director 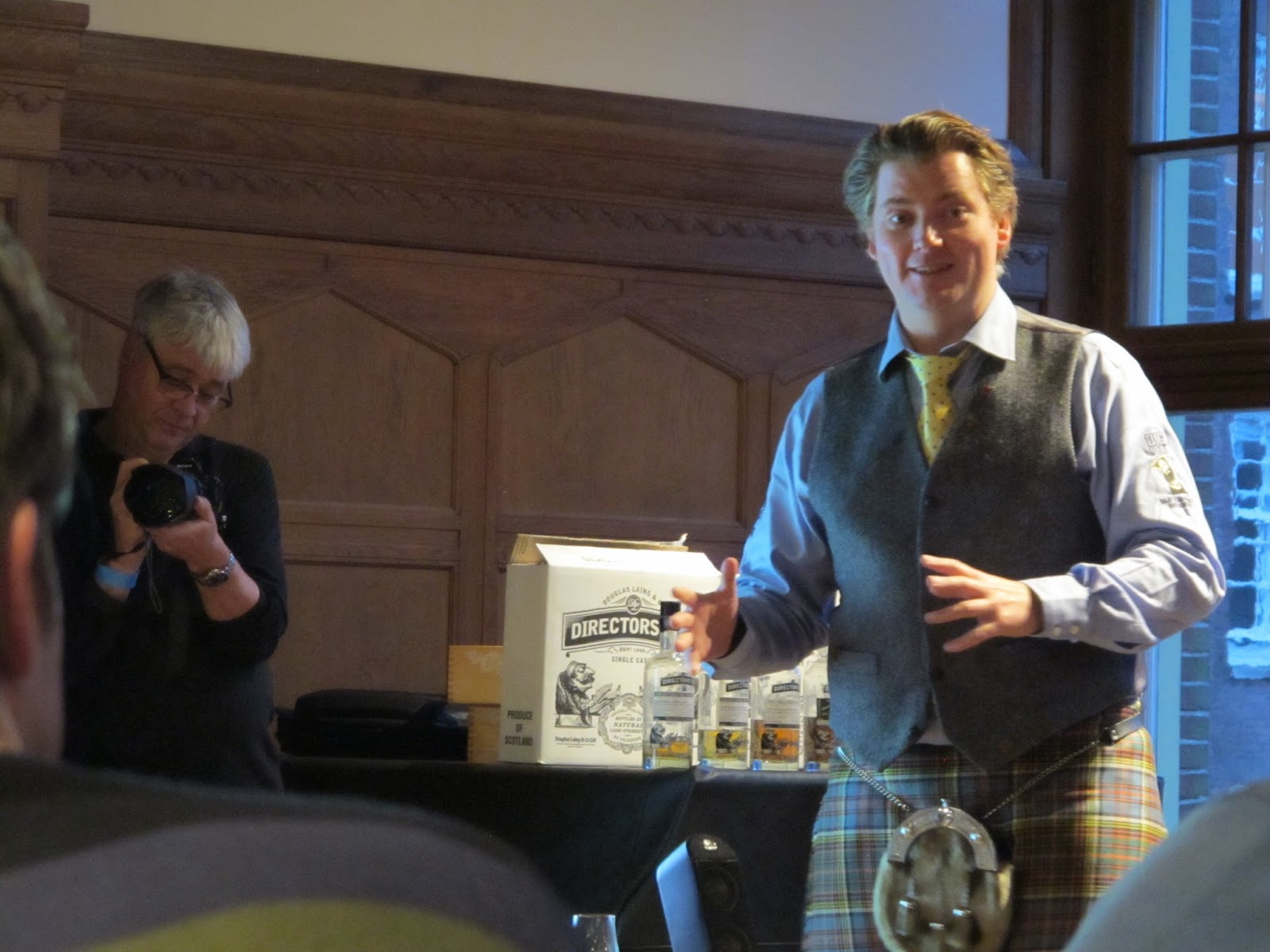 In part one of our visit to Whisky Live Holland in the Hague, we already told about Hans Offringa's masterclass about American Whisky - especially the Jim Beam expressions.

Like other masterclasses during the festival, it lasted 45 minutes, so there was little time for chitchat and making elaborate tasting notes. Time was deliberately kept to 45 minutes for the visitors to the main event, in order for them not to lose too much time.

Douglas Laing's Jan Beckers had arranged to draw the longest end of the straw though; his XXL masterclass with a selection if six Director's Cut whiskies would be in between the two main sessions of the Saturday and lasted a very relaxed one hour and forty-five minutes.

The lucky few (who had paid the steep fee of €50,- each) to attend, were treated Jan's anecdotes and a generous amount of pre-poured drams. He started the journey with a 25yo Littlemill, a beautifully sweet, floral and complex whisky from the now closed Lowland distillery, followed by a 21yo Rosebank, another closed Lowlander. Quite a sweet and floral dram with lots of green tea and dry tannins.

After that, we were treated with a 35yo Port Dundas. The third close Lowland distillery of the session, but the first grain distillery. Beautiful notes of sweet toffee, honey and chocolate, and because of the high alcohol level of 59,2% (after 35 years, mind you), it was rather hot, but Ansgar's favourite of the afternoon.

Another grain distillery was popped open, again a lowlander, but the first in the line up that is still in production, a dram from the North British distillery, aged for a whopping 52 years in a first fill hogshead. A fantastic sweet, fruity and long lasting chocolate experience. Thomas' favourite, but sadly, both our favourites are way beyond our combined pay-checks... 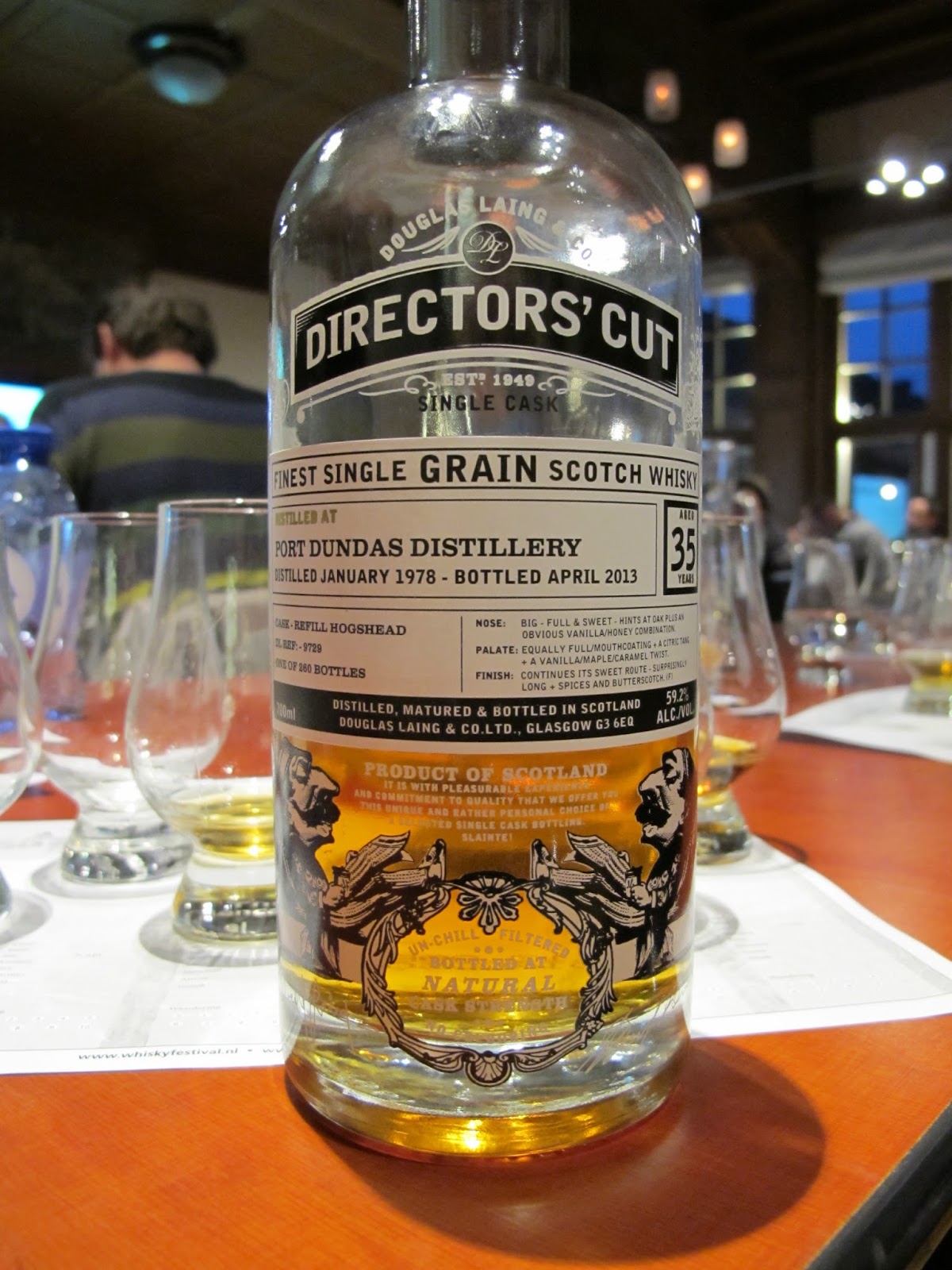 After all these beauties, another surprise was waiting for us; a 30yo Port Ellen. A great dram, with a hint of peat and very smooth, sweet and gentle on all of our senses, but... really not that special to us. With the unstoppable fuss around Port Ellen, there is not one Port Ellen whisky (until now) that has knocked our socks off and made us want to break the bank and buy a bottle. That might just be us of course, but we are willing to try more samples if you would have one available to spare. 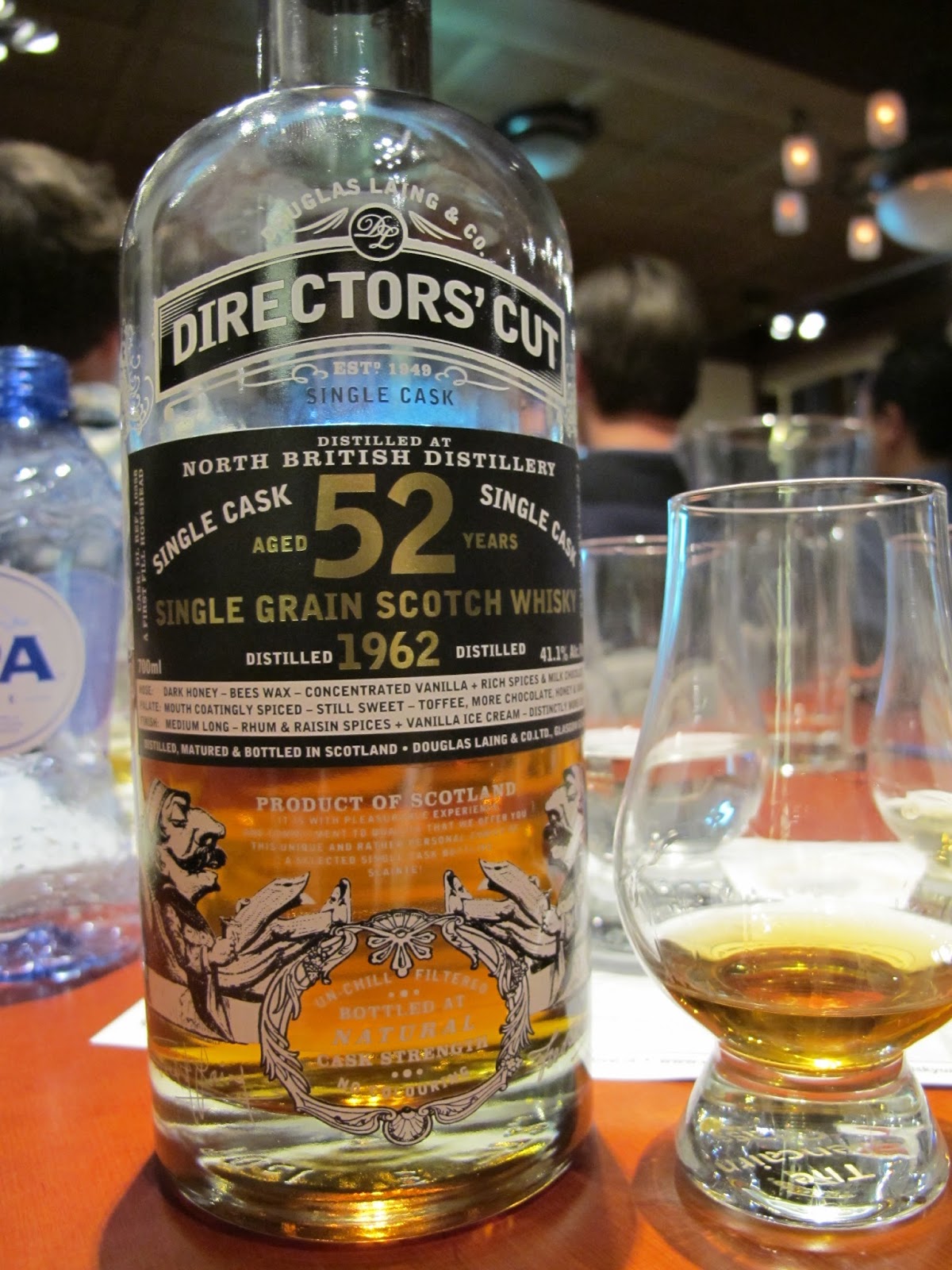 Last in the line-up was neither a closed, nor a very sought after distillery, but a secret distillery, "Probably Speyside's finest distillery" is all we received from the label. With little effort we could think of only one distillery that would have such winey, fruity, sweet and chocolaty nose and palate, so we were not surprised when Jan revealed to us it was a 46yo Glenfarclas. Beautiful as we said on nose and palate, but the finish was simply too dry for our liking.

All in all, a great tasting, where entertainer Jan told us more details of his private life than we might want to know, with whiskies we probably would never see up close and personal (and opened) ever again. For us, this was worth every cent of the €50,- each to attend the tasting, and we probably would do it again if we ever see another tasting like this on a festival's programme.

In part three we are finally going inside the big church, where we accidentally do two sessions instead of one, catch up with some of our whisky friends, make some new ones and meet others we normally only see online.